Cumulative trauma injuries build over time. One day, you’re doing your job, the same as you have every other day for years. Then, the next day, you suddenly have a sharp, awful pain. This pain keeps you from being able to do your job to the best of your ability, if you’re able to do it at all. Those are the kinds of cases that we can help you to get worker’s compensation for. Many of our clients have had their claims denied before. In this blog, we’ll go over what to do when your cumulative trauma injuries in Glendale (or any other kind of at work injuries) are denied, as well as how we can help.

While an injury can pop up at any time, these injuries may feel like they come out of nowhere. However, they rarely do. Often, they’re the result of years of wear and tear on the body. Working hard is just that: hard. When you do it for years and years, it can wear down your body to the point where the risk of injury just keeps rising and rising. Carpal tunnel syndrome is just one kind of injury that fits the bill here – there are many others.

A simple analogy explaining the above: if you’re in a car accident when you’re driving, that’s not a worker’s compensation injury. However, it could be if you were delivering something for your job. These kinds of gray areas are exactly why worker’s compensation attorneys are so necessary. We can let you know what kind of compensation you should get for your injuries when you sit down with us. We take free consultations, so our door is always open.

When Your Claims are Denied

There are few feelings more frustrating than having your worker’s compensation claims denied. You’re hurt at work, in the course of your job, you did everything you were supposed to, and yet your claim was still denied. You notified your supervisor immediately, you went to go see a doctor, and you filed the proper paperwork in a correct and prompt manner. Yet, even after all that, your claim was quickly and unceremoniously denied.

It’s normal to be frustrated, even confused and scared. This is the kind of thing that shouldn’t happen. When you’re hurt on the job, you deserve the compensation you’re entitled to. Should your claim be denied, many people feel like they just want to give up. Indeed, that’s often why they deny your claim: in hopes that you will. If they can get you to turn back and not seek out compensation after a simple denial, they’ll have won.

Plenty of our clients who we were able to secure the proper worker’s compensation for had their claims denied initially. Then, they brought those claims to us. We were able to fight for them, making sure that they got the compensation they deserved even after their claim was denied. Don’t just give in to the frustration; come to our law firm. Even after a denial, we can work to help you receive your just compensation. 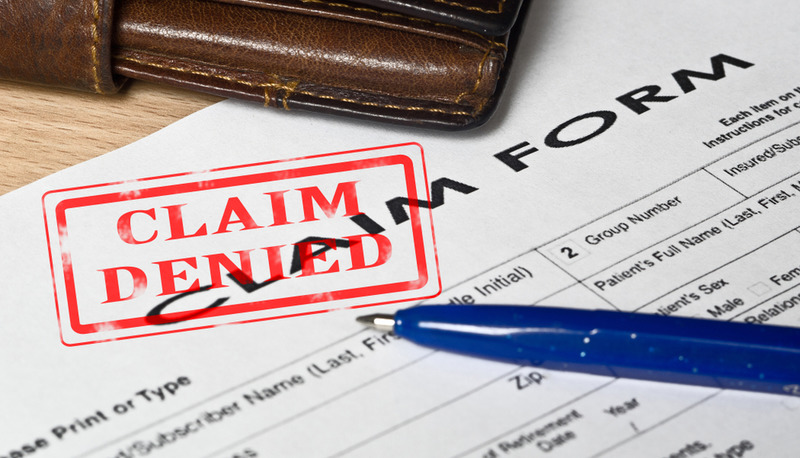 There are all different kinds of reasons that your claim might be denied. If they really want to deny your claim, they may gravitate towards one of these. That way, they’ll have a flimsy pretext to cover what they wanted to do in the first place: simply deny your claim. In the end, this is why it’s so important to reach out to a worker’s compensation attorney as early as possible during the process. We can help you to fill out the paperwork in the best manner. That way, they have as little of an excuse as possible.

Often, we’ll see denials due to there being some kind of dispute as to where the injury occurred. This happens most with injuries that build up over time. For example, if you have a job where you have to lift and carry heavy objects every day for several years and then you suddenly suffer intense hand pain when you’re at home, they may try to deny your claim through that. Of course, the hand pain is probably a result of your stressful job, but it’s this kind of reason that they could give.

Another excuse they might try is to say that the injury was caused by some kind of preexisting condition or injury. Even if they have to go far back into your past, they may try to hang a denial upon this. There have been several people who suffered a clear injury at work that was blamed on something from their distant past: people who suffered a hand injury in a factory only to have their claim denied because they fell off of a swing set when they were children, something like that.

Perhaps the most common type of denial that we come across are those that simply claim the person wasn’t doing their job when they got hurt. This can be stretched in any multitude of ways. They may say that you weren’t doing your job when you were hurt. Or alternately, they might say that sure, you were at work, but you were goofing off / not doing your job at the time, so you shouldn’t be entitled to worker’s compensation.

Those are just a few of the many different kinds of denials that our clients have brought to us. As you might imagine from reading that, there are so many different ways that people’s valid worker’s compensation claims get denied. Often, it can seem like these claims get denied initially always, as if that’s part of the process.

If you’ve submitted your worker’s compensation claim yourself and had it denied, we strongly recommend that you contact us before submitting it again. Without some kind of change, it’s unlikely that you’ll have a different outcome. We’ve seen people who have submitted their claims multiple times without changing anything, and that can make the frustration that much worse, while not getting you any closer to getting your worker’s compensation.

Another concern to watch out for is when your worker’s compensation is just delayed. After you’ve been injured on the job, it can be difficult to focus. You have to worry about yourself, the people in your life who depend upon you, your ability to do your job, and a host of other concerns that you didn’t have before your injury. It can feel like filing a worker’s compensation claim is the furthest thing from your mind.

When your claim has been denied, there is hope. That doesn’t mean that you’ll never receive worker’s compensation to pay for your medical bills and more. Once you’re denied, bring your claim to us at the ODG Law Group. We’ll go over it with you, figuring out what the next best step is. From there, we can help you to get the compensation that you deserve. To learn more, give us a call at (818) 975-3080 or message us through our site.