You may say that driving is a dangerous profession. As a driver, you’ll apply all the necessary measures to prevent an accident. But, how about others? You can’t tell at first glance whose fault it was. It’s possible that you’ll need to file an injury claim. That’s why it’s necessary to hire a personal injury lawyer, especially when you sustained an injury while driving.

Why Do People Sustain Injury While Driving?

People who are driving any type of vehicle risk their lives. Not only theirs but also everyone around them. It’s because of the decisions they make while driving on the road. Whether it’s misconducting or road unawareness, it will still result in injury while driving.

There are several reasons as to why people sustain an injury while driving. Remember that you’ll not only injure yourself but others as well. Check out below the most common causes:

Not Paying Attention to Speed Limits

High-speed driving is one of the leading causes of car accidents. Likewise, it increases the risk of others getting hurt in the mishap. Ignoring the speed limit is dangerous because it would be hard to stop immediately if necessary.

Moreover, it raises the likelihood of a deadly accident when you hit something or someone when driving at high speed. Not only will you have an injury while driving but also those who are around during the accident. 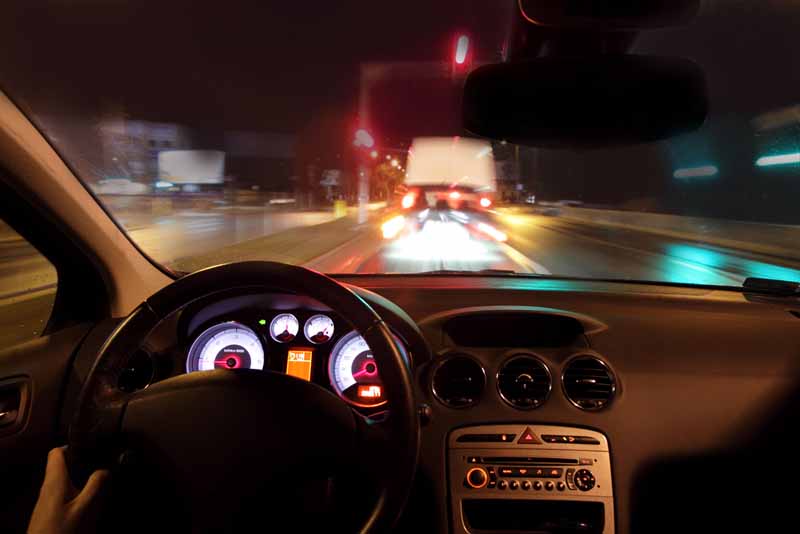 Using the Phone While Driving

Using the phone while driving could either mean texting, calling, watching or playing games. Your phone is taking your attention away from the road. The distraction prevents you from seeing the movements on the street. If it’s an important message, you can pull over to reply to the message. If it’s a call, you can switch it to a “loudspeaker” or use a headset instead.

Driving Under Influence (DUI) or Driving While Intoxicated

Driving while intoxicated impairs you to have control of what you are doing behind the wheel. It’s considered a criminal offense since the legal limit in blood alcohol content (BAC) level is at 0.08%.

Not Wearing a Seat Belt

All drivers including passengers need to wear a seat belt based on California seat belt laws. Wearing a seat belt is one of the simplest and important things you can do to keep safe on the road. Besides, buckling up prevents you from getting fined.

As a driver, it’s important that you observe street signs. Ignoring them could result in injury while driving. For example, a one-way street indicates that vehicles need to go down the street without turning. If you turn the wrong way, you’ll soon see yourself driving head-on with other vehicles.

Most people who are in a rush to reach their destination usually gather speed. Picking up speed to make a light that turned yellow is unsafe. This can result in an injury while driving. It’s because you can’t tell when a light turns from yellow to red.

Following Behind a Car Too Closely

There will be times that you’ll drive on a road with only one lane. Unfortunately, the vehicle in front of you is driving at an annoying speed. It can be that the driver is an elderly or an individual just learning to drive. This situation sometimes provokes the impatient driver to closely follow the car in front. This is referred to as “tailgating” and a dangerous position, especially if the vehicle in front stops suddenly.

What to Do When You Sustained an Injury While Driving?

On average, injury while driving occurs in 2.5 million each year. A majority of these injuries are serious and may need costly medical treatments. Unfortunately, most insurance companies take advantage of the situation with a low-ball offer.

When you sustained an injury while driving, you have to stay where the accident happened. You need to notify your doctor of your injury to determine its severity. If you plan to file an injury claim, better seek medical attention immediately.

Protecting any pieces of evidence at the scene is likewise important in filing an injury claim. Documenting everything that happened is going to be a big help. This may include witness statements, recorded street footage, and photos. Additionally, filing a police report is necessary, especially when you sustained an injury while driving.

It’s possible that you won’t be able to perform all of the mentioned tasks above. When you incurred an injury while driving, it’s hard to think of the right thing to do. That’s why the Oktanyan Der-Grigorian Law Group is ready to provide legal help to those in need.

Consulting a professional and experienced personal injury lawyer eases the burden off your shoulder. Our personal injury lawyers at ODG Law Group will handle the case for you. We’re committed to finding the facts and gathering the necessary information. Best of all, we do our best for you to receive a well-deserved compensation.