Sad to say, folks get injured on the job all of the time. Even in our modern day, where workplaces are safer than ever (or supposed to be safer than ever) people still get hurt. When that happens, they deserve worker’s compensation. A study put together a few years ago by “The Travelers Companies” (better known as “Travelers Insurance”) shines some light on exactly how many people are hurt as well as how. They would know, as they are one of the larger worker’s compensation insurance companies around. While this info is a bit old, it’s still relevant to how worker’s compensation claims are made in America.

Moreover, (and this can’t be stressed enough) your employer can’t fire or otherwise retaliate against you should you file for worker’s compensation. They can’t demote you, cut your pay, hours, or anything like that just because you filed for worker’s compensation. Indeed, we always tell people to contact us if they’re hurt at work. But, if you feel that you’ve been in any way discriminated against because your employer is retaliating against you for having filed workers compensation, contact us immediately.

Additionally, Travelers makes clear in their study that this wasn’t just a study of the biggest corporations, nor was it limited to just mom and pop shops. They worked to bring in businesses of all kinds. Instead of just focusing on big companies, they made sure to include everyone. So, that means that not only are all kinds of workers filing for worker’s compensation, all kinds of workers from all kinds of industries and companies are doing so, too. When you file for worker’s compensation, you’re just doing what’s right for you and your family.

There are many different ways that you could be injured on the job. Even the safest, most plush office setting can lead to injury. That being said, there are some injury causes that are more common than others. The most common cause of workplace injuries is called “material handling.” This is handling something that ends up hurting you. This could involve carrying heavy items, boxes, or really carrying anything at all. If you drop something or something you’re carrying somehow harms you in the course of doing your job, contact us. Indeed, these kinds of injuries accounted for 32% of total workers’ compensation claims.

The second most common cause of worker’s compensation injuries is one that you could probably guess: “slips, falls and trips.”  Many might think this is the most common cause. Any workplace you walk around in is one that you could slip in. Practically every workplace has some kind of staircase. How many times do you go up and down a set of stairs in the course of doing your job? That’s the kind of thing that can lead to worker’s compensation claims. Slipping on a too-slick floor, falling down the stairs when the railing is loose, tripping because your co-worker left something in the aisle way – the ways that you could fall down and get hurt at work are practically infinite. When it occurs, bringing in workers comp lawyer Los Angeles is your best move. This makes up 16% of workplace injuries, so it’s quite common.

Coming in at ten percent of workplace injuries is “being struck by or colliding with an object.” That’s vague language, so it can include quite a few different kinds of incidents. “Being struck by an object” could be getting hit by a car; it could also be walking through a warehouse and having something from a higher shelf fall on you. Seven percent of these injuries occur in “accidents involving tools,” which could be hammers and saw blades, but a computer might be a tool as well. 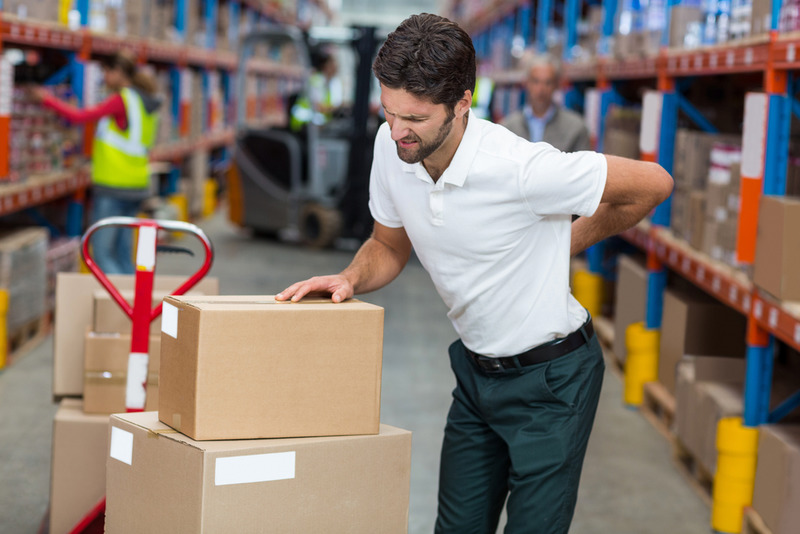 Some of the toughest injuries are the ones that make up a small percentage: “traumas occurring over time.” these are the injuries where your body is injured through being strained or overused. Picking up a box one day isn’t a problem, nor is doing so for a month, year, two years or more. However, after a decade or far more than that, it can wear a person down. It can cause them to develop injuries that make it hard to do this job anymore or possibly even any other.

When that happens, it’s not the kind of worker’s compensation claim that you can handle on your own. There are too many moving parts that can make the case quite confusing. That’s where you want to bring in true experts who have been dealing with these kinds of injuries for years upon years. Here at the ODG Law Group, we’ve helped many who experienced traumatic injuries to get all of the compensation they deserve. That compensation could take the form of medical bills; it could be for doctor’s visits, medicine, rehab and more. However, it could also be for job retraining: allowing you to develop new skills so that you could continue working your job or something similar.

The above causes can lead to many different kinds of injuries. These injuries can take a toll on your body, making it hard to if not impossible to do your job. As you might imagine, the study found that the most common type of injury is “strains and sprains.” These aches and pains can be the result of practically anything that happens at work. More serious but slightly less common were cuts or pictures, which made up 19% of the total number of worker’s compensation injuries. Contusions, inflammation, and fractures rounded out the top five most common causes.

We’re often asked the question: “how do I know my injury at work is bad enough?” the answer is simple: does it hurt? If it hurts, then it’s worth considering it as an injury. See, if it hurts, then hopefully, it heals quickly and you never have to worry about it. However, many times, those hurts don’t. If we try to work through them, they can get worse and worse. It’s extremely hard to diagnose yourself with any degree of accuracy whatsoever, so if you feel like you’ve been injured artwork at all, it’s worth looking into worker’s compensation.

Here at the ODG Law Group, we offer free consultations. You can contact us, and we’ll take the time to talk to you and find out what happened. Then, we’ll go over all of the ways that we can help. To set it up, call us at (818) 975-3080.