A work injury can occur on any job. Even the safest job, with the most safety-conscious supervisors, managers, owners, employees, and more is at risk of having an at-work injury. You might feel that you work in a plush office, doing an easy job, but an injury can happen practically anywhere at any time. In fact, that’s where so many of the cases that our team sees. Freak occurrences that practically came out of nowhere. Of course, we have many repetitive motion injuries that build up over time as well. If you believe that you’ve been injured on the job, you have nothing to lose by reaching out to a work injury attorney in Los Angeles. Our injury attorney can help you to receive all of the compensation that you deserve for this injury.

Work Injury Attorney in Los Angeles: An Injury While Lifting

This is one of those injuries that happens more than you think. When we say “lifting on the job,” your first thought might be the factory worker that picks up heavy loads. Year in and year out, moving them from one place to another. Of course that’s going to take a toll on your body. Those can wear you down to the point where you can’t do the job anymore. But, that factory worker is far from the only person who could potentially injure themselves while lifting something.

The administrative worker who picks up reams of paper to go into the printer is also at risk of having an injury. Are they as likely to get hurt? Perhaps not. Does it happen all the time, in workplaces all across California? Absolutely. Lifting something small, or doing so infrequently, doesn’t seem like the kind of thing that could happen often, but it does.

The reason for that, of course, in many of these cases, is that the person suffers the injury while lifting and moving something. Even the nicest office might have cables everywhere, stairs that haven’t been as well maintained as they should be, weakened railings, and more. Hopefully, these aren’t a problem at your work space. Unfortunately, they’re the kind of thing that might not be obviously a problem until it’s too late. If you’re hurt through any part of doing your job, you deserve to be compensated for it. 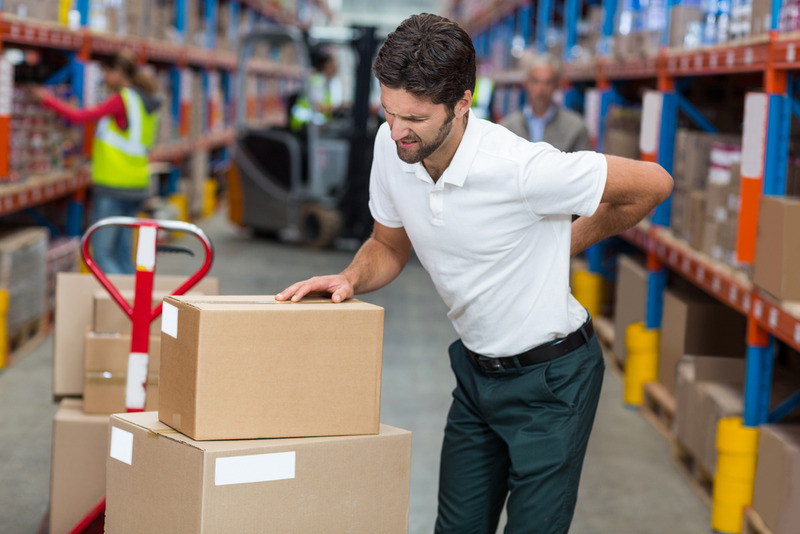 Any Kind of Warehouse Injury

Warehouses are important for so many businesses. In many cases, they’re where the company keeps its stock. This is where the items are that are sold, where they can be safely housed. Unfortunately, they aren’t always safe for the workers themselves. There’s so many ways to be harmed on the warehouse floor that many workers, even those that have been there for years, may not be aware of until they happen.

One thing we try to make clear in these blogs is that if you suffer an injury while driving a forklift. Or have suffered an injury while packing something, you deserve to be compensated for it. You don’t have to just “toughen up”. The reason for that is simple: if you just try to “toughen up”. Work your way through it, you can potentially make things worse. We absolutely understand the impulse to want to stay on the warehouse floor, working as hard as you can. That’s a good virtue, something to be admired.

But, when you’re hurt through working on the job, that impulse can lead to bigger problems. You want to do your job well, yes, but you also want to be able to do it for a period of time, too. If you’re hurt and don’t tell someone about it, you might miss some of the important workers compensation deadlines. Then, if you do develop worse injuries from it, you may not be able to get the money that you deserve. That can leave you and the people who count on your worse off than ever.

As soon as you think you’ve suffered some kind of injury, let your supervisor know. It’s not a sign of weakness, it’s not that you’re a malingerer, or looking to not do the work. You’re doing what’s best for yourself as well as the company, too. Then, the next step is to reach out to a workers compensation attorney that can help.

We understand that the forms and the “deadlines” aspect of all of this can be a bit confusing, if not downright stressful. Those are just some of the parts that we can take care of for you. Should you have suffered some kind of injury on the job, we’ll be glad to schedule a free consultation with you where we can sit down and go over exactly what happened. From there, we’ll be able to figure out a way to move forward with your case. To set it up, just give us a call at (818) 975-3080.