Slip And Fall Law In Los Angeles: Slip and fall injury cases arise when victims are exposed to harm due to an injury or an accident that happens due to another party’s carelessness or deliberate behavior. Slip and fall law, also known as tort law, allows victims to seek compensation for the damages they have suffered due to an accident or a slip. When it comes to slip and fall injury lawsuits in California, the statute of limitations runs from the date of the accident for two years. The rule of regulations for claims against the government is six months. 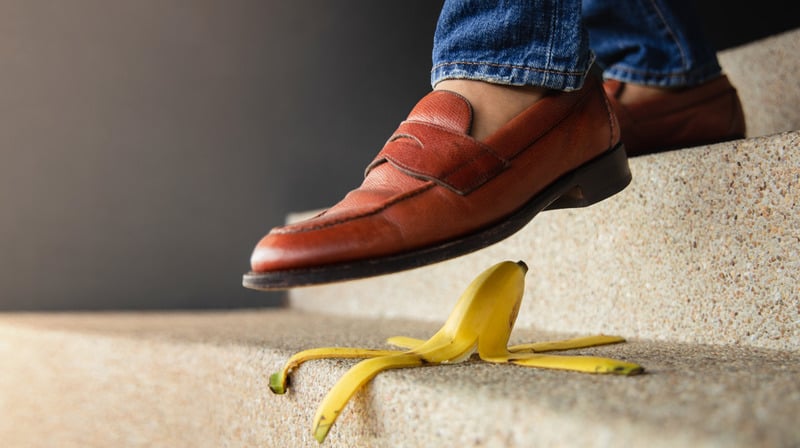 Slip and fall injury cases are those in which the victim stumbles or falls and sustains an injury on someone else’s property. Such instances fall within the area of premises liability claims. Accidents happen on property owned or operated by a third party, and it may be possible to show that the owner or management is accountable for the incident.

In some instances, the presence of certain circumstances may suggest that the property owner has been negligent or irresponsible. Slipping and falling may be caused by ripped carpets, tight stairwells, insufficient lighting, a slippery floor, uneven sidewalks, or changes in flooring surfaces. Slip & falls may also occur outside owing to potholes, rainfall, or ice-covered snow, among other things. In these cases, if the victim experiences injuries, no matter how minor, the victim may develop a slip and fall case against the responsible party.

Currently, there is no standard process for determining whether or not another person is legally accountable for any injuries sustained due to the slip or trip. However, if it can be shown that the property owner has taken specific precautions to reduce the possibility of the slip and fall happening, the victim will have a valid reason to sue. The victim must prove that a hazardous condition contributed to the slip and fall accident and that the premises owner was aware of the dangerous situation to recover damages. The criteria apply in such circumstances are that the owner caused the condition, that the owner was aware of its existence but chose to ignore it, and that the situation remained for a length of time during which the owner should have fixed it. The owner is accountable because of foreseeably negligent behavior that put the victim’s life at risk.

The victim’s claims must be supported by reasonable evidence. That may be approached in several ways, one of which is determining how long the problem has been present before the accident. If it has been there for more than three months, the likelihood of the owner being aware of it is increased. Alternatively, the victim might look into the cleaning operations on the premises to demonstrate that at least one entity was aware of the flaw at the time of the incident. The majority of property owners visit their properties regularly, and they are likely to spot any alterations or areas that need maintenance. If a victim falls over anything that has been incorrectly placed, they will need to gather sufficient proof to support their claim.

Victims may also file lawsuits against restaurants, retailers, and other companies if any of the above factors apply. In commercial property lawsuits, the law determines whether or not the building’s management made an effort to verify that the property was safe before filing a lawsuit. There are several entities in such circumstances. Victims who are injured in rental homes or government-owned property may also file a complaint against their landlords. However, when it comes to public assets, there are strict notification requirements and extended immunity provisions that shield government entities from liability for accidents that occur on state and federal property.

Victims must, however, separate these types of accidents from ordinary accidents, which may be caused by anything, even personal irresponsibility, on their part. The law governs the notion of comparative negligence in the vast majority of states. If the victim may have a role in the accident to some extent, the amount of compensation you get may be reduced in proportion to the degree to which you were at blame for the event.

In rare cases, a victim may be able to seek a settlement outside of court. Negotiation procedures begin with the assistance of lawyers representing all of the parties involved, intending to reach an agreement that prevents any party from pursuing further action. The parties will agree on the amount of compensation to be paid to the plaintiff.

Victims of slip and fall accidents in Los Angeles may file a complaint against the person, company, business, or government they believe is responsible or negligent for their slip and fall injuries or accidents. The statute of limitations states that an injured victim has two years from the incident to bring a lawsuit. Laws governing statutes of limitations vary from state to state and depend on the nature of the harm.

The law is often derived from court judgments rather than regulations included in legislation in most situations. The decisions are based on common law principles; a judge’s decision on a specific point of law establishes a precedent for matters heard in subordinate courts. The Restatement of Torts contains a compendium of common law that may be used as a reference source in slip and fall injury litigation. Nonetheless, there are alternatives to common law, such as statutory legislation enacted by the state or federal governments on slip and fall law, which may be used instead.

Consult with a legal practitioner before filing your lawsuit to ensure that you understand the procedures, laws, and facts. Several issues may emerge, for example, the reason for the visit of the premises, the possibility of the accident happening, the presence of a notice about the precarious state, the activities you were involved in before the occurrence, and whether the accident could have been prevented. An expert slip and fall injury attorney in Los Angeles from ODG Law Group can help you in your case and fight for the compensation that you deserve.

Make an appointment today for a free first consultation with an attorney specializing in slip and fall cases. In Los Angeles County, you may reach out to Oktanyan Der-Grigorian Law Group at (818) 975-3080 or visit our website.