Grocery stores are infamous for having some of the most common types of slip and fall accidents in LA. Because slipping hazards are so common in Los Angeles, grocery stores are held to a higher standard than the average business owner to protect the public from them. Failure to clean up a spilled liquid or place floor mats in the produce section of a store, for example, could result in liability. Falls frequently result in severe physical and emotional injuries, particularly in the elderly. Many of these victims have pre-existing medical conditions. As a result, a fall that could result in a bone bruise usually results in a shattered femur. Emotionally, many older fall victims are so terrified of recurrent falls that they effectively become prisoners in their own homes. Because of the severity of these injuries, a Los Angeles slip and fall injury attorney in Los Angeles may well be able to obtain significant compensation for victims. The compensation usually includes monetary compensation for economic losses like medical bills and monetary compensation for non-economic losses like pain and suffering. 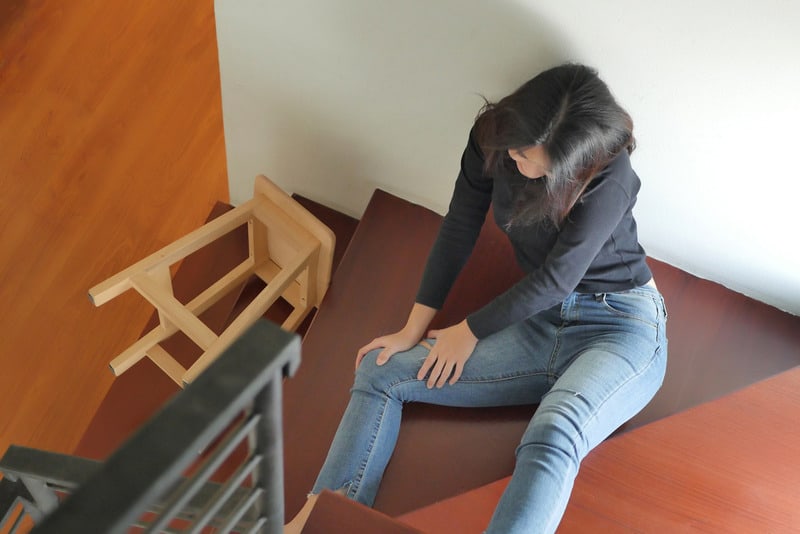 A large number of grocery store falls occur outside. It is especially common in Los Angeles during the winter. Early evening darkness reduces visibility, and frequent rains make sidewalks slick, especially if a small puddle forms.

The majority of grocery stores in Los Angeles serve as retail anchors. A grocery store serves as the focal point of a mini-mall, including restaurants and other smaller retail establishments. In most cases, the grocery store is responsible for the sidewalk and parking lot adjacent to the property. Outlying common areas, such as a large parking lot or a small green area, are usually the landlord’s responsibility. Specific responsibilities vary depending on the lease terms.

Paying close attention to details is critical. Suing the opposite party, such as the grocery store when the landlord was in charge of the area, will not jeopardize your damage claim. It does, however, frequently result in a costly delay.

The foundation of most negligence claims, including slip-and-fall claims, is a legal duty. Many states use a rather perplexing common law classification system to assign various duties in various situations. But this is not the case in Los Angeles. Landowners have a responsibility to ensure the safety of visitors. Several factors, including: determine the precise scope of this duty

All of these factors point to a high duty of care in grocery store fall claims. These owners typically have a duty of reasonable care. They must take steps to ensure the property’s safety and inspect it regularly to ensure that this standard is met. It is especially true if the slip-and-fall occurs inside the store and the defendant is the store’s franchise owner.

If the defendant is a corporate entity or the fall occurs outside, the defendant usually has a lower duty of care near the parking lot. The defendant may have less control over the premises in these cases.

Victims/plaintiffs must establish knowledge of the hazardous conditions, regardless of their duties. Typically, circumstantial evidence is used as proof. The time-notice rule, derived from the classic 1911 case of Anjou v. Boston Elevated Railway Company, is used by most courts to evaluate circumstantial evidence.

Ms. Anjou tripped or slipped and fell at the train station after slipping on a banana peel. According to witness statements, the banana peel appeared to have been “tramped over a lot,” as it was “flattened down and the color is black.” The landholder claimed he was unaware of the errant banana peel and thus denied responsibility for her fall. The court found in favor of Ms. Anjou, citing the condition of the banana peel as a major factor. Because it was black and gritty, it had most likely been on the floor for a while, and thus, an employee should have picked it up. If the banana peel had been fresh and yellow, it would most likely have just fallen, so no constructive knowledge (should have been known) would have been attached.

In supermarkets, object-related hazards, such as banana peels and kelp fragments, are especially common. There are also hazards such as wet spots on the floor. On this point, there is also direct evidence. Restroom cleaning reports and “cleanup on aisle three” announcements are examples of such “smoking guns.” During the discovery phase of a lawsuit, attorneys typically uncover direct evidence of actual knowledge. Slip-and-fall accidents frequently result in serious injuries.

Filing A Slip and Fall Claims

Knowing what to do after a grocery store injury is critical to putting together a strong claim. Avoiding costly mistakes is equally important. Your actions immediately following the injury were critical.

Call the manager: If you fall and cannot get up, ask the person closest to you to contact the manager. The manager must see the scene exactly as it was when you fell.

Seek medical attention: If you believe you have been seriously injured, ask the manager to dial 911. The ambulance staff or paramedics will treat you and, if necessary, transport you to the emergency department of the nearest hospital.

Look for witnesses: While family and friends can be useful witnesses, independent eyewitnesses are even better. But generally speaking, many people do not want to “get involved,” especially if the witnesses are called to testify in a court of law.

Nonetheless, take every opportunity to get the names and contact information of independent witnesses. Request that they write down where they can be reached and what they saw on any piece of paper. Statements given by witnesses can provide strong evidence that the grocery store was aware of, or should have been aware of, the potential dangers that caused your injury.

Use your cell phone: Almost everyone nowadays has a cell phone with photo and video capabilities. Capture the scene exactly as it is with your phone. Check that the date and time of the photos and videos are displayed on your phone.

Insurance information: Request the name of the store’s insurance company from the manager. The manager will most likely tell you that someone from the insurance company will contact you after the incident report is filed. That’s fine, but you should still get the name and address of the supermarket’s corporate office.

Call the manager if you haven’t heard from anyone in a week or two. If the store manager is unable to assist you, please contact the corporate office.

Corporate offices are not always available in smaller grocery stores. Make a note of the owner’s contact information. Confirm that the manager will submit the incident report to the owner as soon as possible. If you haven’t heard back from the store’s owner or insurance company, go back to the manager and inquire again.

Claims for severe injuries against a grocery store or supermarket are nearly impossible to settle on your own. Mega corporations don’t care how much you or a loved one suffers as a result of their actions.

Unrepresented claimants are notorious for receiving much lower settlements from insurance companies. That is if they even offer you anything. Supermarket executives would rather hire corporate lawyers than pay for a large injury claim.

In a complicated or expensive claim, you have far too much at stake to face the insurance company without the assistance of an attorney. There is no obligation and no cost to learn what an experienced slip and fall injury attorney like ODG Group can do for you.

Protect your legal rights. If you are unsure whether you (or a family member) have a valid claim, please contact ODG Law Group, a slip and fall attorney in LA, at (818) 975-3080. Victims of slip and fall injuries can get free case reviews from us.